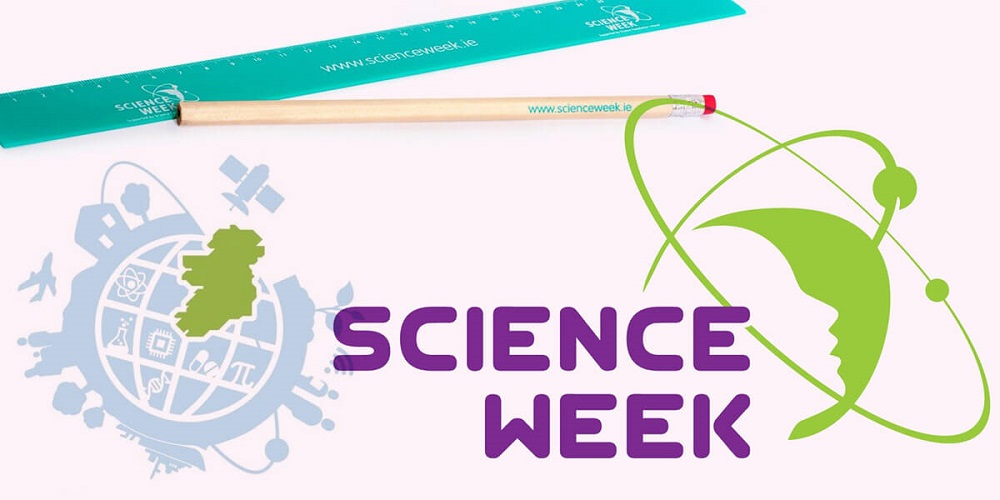 Science Week (13th-20th November) is keeping iCRAG very busy this year. Not only is science is taking over our radios, computers and TV screens and all of our daylight hours, but the supermoon on Monday helped cast a scientific glow on our nights as well.

On Monday 14th, Dublin’s Notre Dame School joined iCRAG in UCD for geochemistry workshop ‘Spectroscope in a Suitcase’. The event kicked off with a geology careers talks by iCRAG PhD researcher Alex Russell.  Also on Monday, the second series of ‘10 Things to Know About’ kicked off at 8.30pm on RTE1. The series will run for the next 6 weeks and is co-presented by iCRAG’s very own Dr Fergus McAuliffe.

In the afternoon, director of iCRAG Prof John Walsh made an appearance on Swipe TV on RTE2 to chat about the Science Apprentice magazine supplement that was free with the Independent Newspaper on November 5th.

Thursday 17th sees Fergus take part in Peak Performance – The Science of Sport in Royal Hospital Kilmainham. Questions that will be explored during this event include: What role does nutrition really play in your on-and-off field performance? Why is it so important to create a winning mentality? How do our bodies cope with physical extremes like the summit of Mount Everest? Are there any long-term effects of elite sports?

On Friday 18th, don’t forget to tune into RTE1 Radio to listen to Prof Chris Bean from the Dublin Institute for Advanced Studies on the Ray D’Arcy show. Prof Bean will speak about seismic waves and earthquakes, i.e. ‘The Sound of the Underground’!

On Saturday 19th, iCRAG will head to Tralee to run its ‘Spectroscope in a Suitcase’ geochemistry workshop at IT Tralee as part of Kerry Science Festival.

On Sunday 20th, iCRAG will be at Neptune Stadium, Cork, during Cork Science Festival. Children, parents and grandparents are encouraged to come along and have some super science fun with some of Cork’s scientists, researchers and science educators.