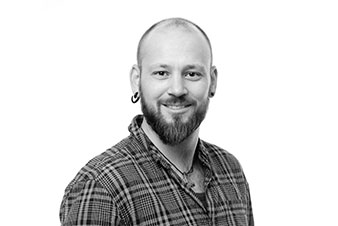 There and back again*

On the shelf in Gondwana there lived two friends. Not any ordinary shelf, and not an ordinary time: It was the time of the Triassic, and the world was about to change. These friends listened to quite awkward nicknames which are stating where in Indonesia you can find them today: SWT (Sumba/West Timor) and TJ (Tanimbar). They lived within a rich and beautiful place called Argoland, just offshore northern Gondwana (Map 1). They were lucky and got generously fed by big amounts of sediments, containing stories of billions of years of Gondwanan history, nowadays hidden all over Australia. However, getting bored of very old dusty Proterozoic stories from the continent, they decided to go for an adventurous journey to the North in the Late Jurassic (Map 2). Argoland separated from Gondwana, carrying heavy loads of sediment, these that were collected during many years in the Triassic and containing all the information of the Proterozoic basement. The two friends could leave Gondwana confidently and strong.

Unfortunately, they got separated slightly already in the Jurassic times while rifting northwards, not spatially but separated by large amounts of sedimentary rocks getting between them. SWT stayed south within Argo, being covered and protected by thick loads of sands, while TJ was lucky enough to spend time in a beautiful tropical lagoon. It was hungry at this time and therefore started eating all the Triassic material that it brought from Australia.

Composing new sediments from the Triassic sediments spicing them up with small Proterozoic basement pieces, a unique composition of thick recycled sands was created, being reworked many times which resulted in stunning clean and rounded sands. Keeping up this adventurous journey, Argoland eventually crossed its way with the Banda Block around 120 million years ago (Map 3), a much larger fragment that left Gondwana almost the same time in the Jurassic. They became friends and stuck together for a while within the Paleo-Tethys Ocean.

Over the years, Banda got heated up and had to vent with a huge granite production and volcanism that lasted several million years, creating the, today known Schwaner Mountains in Borneo. So, Banda decided to be generous and give a present to TJ, … some beautiful sands with a unique Cretaceous signature (Map 4). However, TJ was still nourishing from the upper horizons of its thick sand successions which resulted in an interesting mixture. At this time, TJ was so hungry from the exhausting journey that also some older Jurassic andesites were consumed, which were living in the South of Banda, and obviously were happy to get some attention. Feeding so much, consequently, TJ grew too big and had to split off its upper horizon of Cretaceous composition, called now TET (Tanimbar-East Timor).

After the short period of 20 million years, finally the long-lost friend SWT re-appeared back at the surface. Just woken up out of its long sleep, it was ready to get fed, preferably by the freshest litho-food you could find. So again, the Schwaner Mountains were on the menu. Being generous with the production of Cretaceous material by this time, these were a great source of a cheap souvenir, having the same signature as the newly born cousin TET.

All these dynamic movements and feeding from the same source brought the old friends SWT and TJ closer than ever. While TJ stayed a bit subsurface it allowed TET to see the new world for a while. After discussing and exchanging stories for the next 60 million years, nostalgia came up and in no time, they came to an agreement: "It is time to go home!" – How easy to catch a ride if knowing the deep subsurface geology!

Here, with the help of the formerly subducting ‘Proto-Banda sea plate’ they found a solution: being situated at the far edge of the subduction line, the breaking of the slap and subsequent roll-back to the South allowed them around 17 million years ago to start their relatively fast journey back direction Australia (Map 5). So, the time had come – they experienced so much during that intense adventure together that they had to sacrifice their bonds and split apart as individuals (Map 6), also as a great act of generosity in order to share the ‘Tale from the mountains in the North’ with as many places along the Northern Australian continent as possible.

Upon their arrival (Map 7), the excitement was huge, and all of them underestimated their speed and strengths - so they got forced into a quite physical collision and obduction with the continent. Here it is to remark that all navigation with a very impressive memory: none had forgotten the almost exact locations to return to where 155 million years ago SWT and TJ had left.

Bringing this extraordinary journey to an end, since 4 million years they are happily back totheir homeland (Map 8). SWT claimed the western area and split into two parts. The largestbecame the island of Sumba (S) and a smaller fragment got lost a bit to the west to collide with the island of West Timor (WT). TJ can now be found in a chaotic contact with TET along the small islets west of Tanimbar (T). And one small fragment of TET travelled even further all the way to East Timor (ET) where it can be found along the northern shore today.

There they are residing now, in a beautiful subtropical climate as part of magical Indonesia,……until the moment they get bored again and will decide to travel perhaps even further…

*J.R.R. Tolkien. The Hobbit, or There and Back Again. Ballantine Books, New York. Copyright 1937.